The National Museum of Ireland – Natural History dates back to 1857 when it opened to house the ever-growing collection of the Royal Dublin Society. As the years went by, it was developed as a zoological museum featuring animals from all over the world. The museum features over 10,000 exhibits, providing visitors a unique glimpse into the natural world and the delights of the animal kingdom. Some exhibits even feature animals which are now endangered or extinct.

The Irish Room on the ground floor is dedicated to species found in Ireland, both now and in the past. The imposing feature of a giant deer skeleton is a highlight of this section, while more familiar sights include badgers, deer, seals and bats. 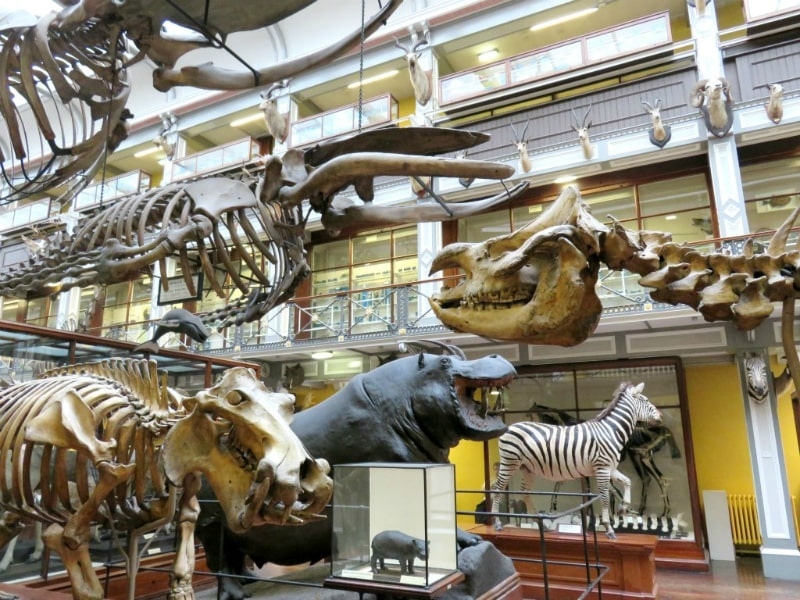 The first floor is dedicated to an amazing variety of mammals and species, collected from the four corners of the globe by the British Empire in the 19th and early 20th century. These include animals from Africa, Asia and as far away as the Antarctic.

Admission
Admission is free for everyone.